To mark the launch of the new Speedlite by Yongnuo I thought I would take this opportunity to publicly support their range of speedlites. I love them!

I'm a very busy Pro-Photographer and Photography Teacher. Through my Wedding and Portrait website I shoot around 50-60 weddings each year. During every wedding I always photograph the couple in a creative way by using my Yongnuo Speedlites. I simply use the Speedlites to overpower the ambient light in the sky. The results are simply stunning! Over the years I've built up quite a reputation in Yorkshire. Gaining praise and achieving many accolades. 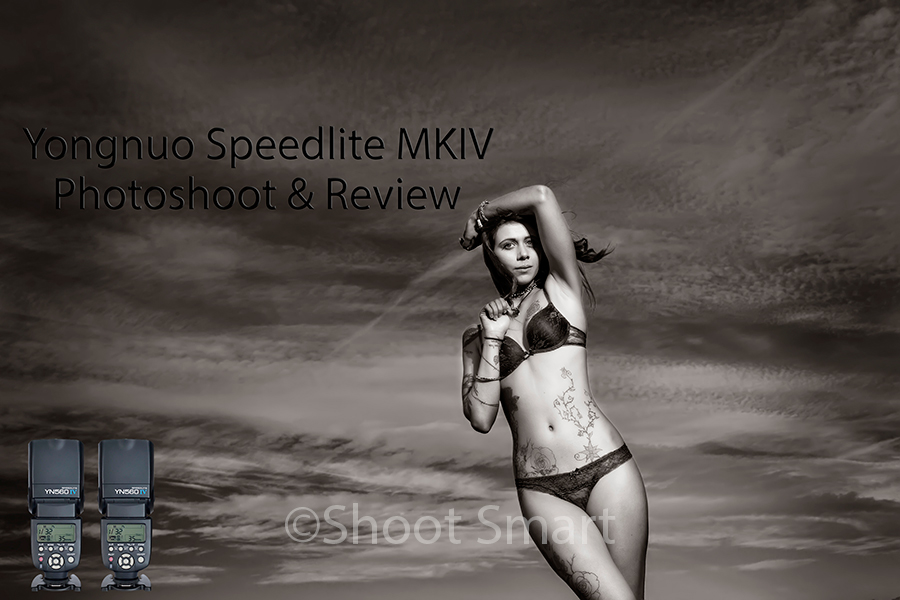 I was originally introduced a couple of years ago during one of my Off Camera Flash training course to Yongnuo speedlites. In fact the introduction was pretty much forced upon me by the many students who attend my courses sporting the aforementioned. In the end I just had to run a test and compare the Yongnuo Speedlite's to my trusty Canon Speedlites. I was amazed at the results! To this day I use the Yongnuo Speedlite's pretty much every week.

Having run several tests on the Yongnuo Lights and due to the fact they are 100% comparable to my Canon lights (in manual), I always find myself using the Yongnuo's simply down to cost. At around £40 - £50 per unit compared to £350 - £400 it just makes sense - In fact only last week I dropped one of my Yongnuo Speedlite's, it fell off my tripod DOH! It happened whilst shooting a Bride and Groom on their wedding Day. It was like a scene from a comedy program. I picked up my tripod which contained 2 Yongnuo Speedlite's and one which wasn't screwed on correctly fell off. Not only did it just fall off, it actually hit my knee and bounced down a bank and into a lake - I wouldn't be able to recreate it again if I tried! Anyway the point of this is that even though I retreived the flash it was condemned to the bin £45 down the drain as opposed to £400.

This video demonstrates the Yongnuo in use during a live photoshoot, on location in at the Wind Farm in Halifax. I photographed Kelly our model during a very bright day. A perfect environment to show off the capabilities of the Yongnuo Speedlites and capture stunning images

I shot this video to scientifically compare the RAW output from both units.